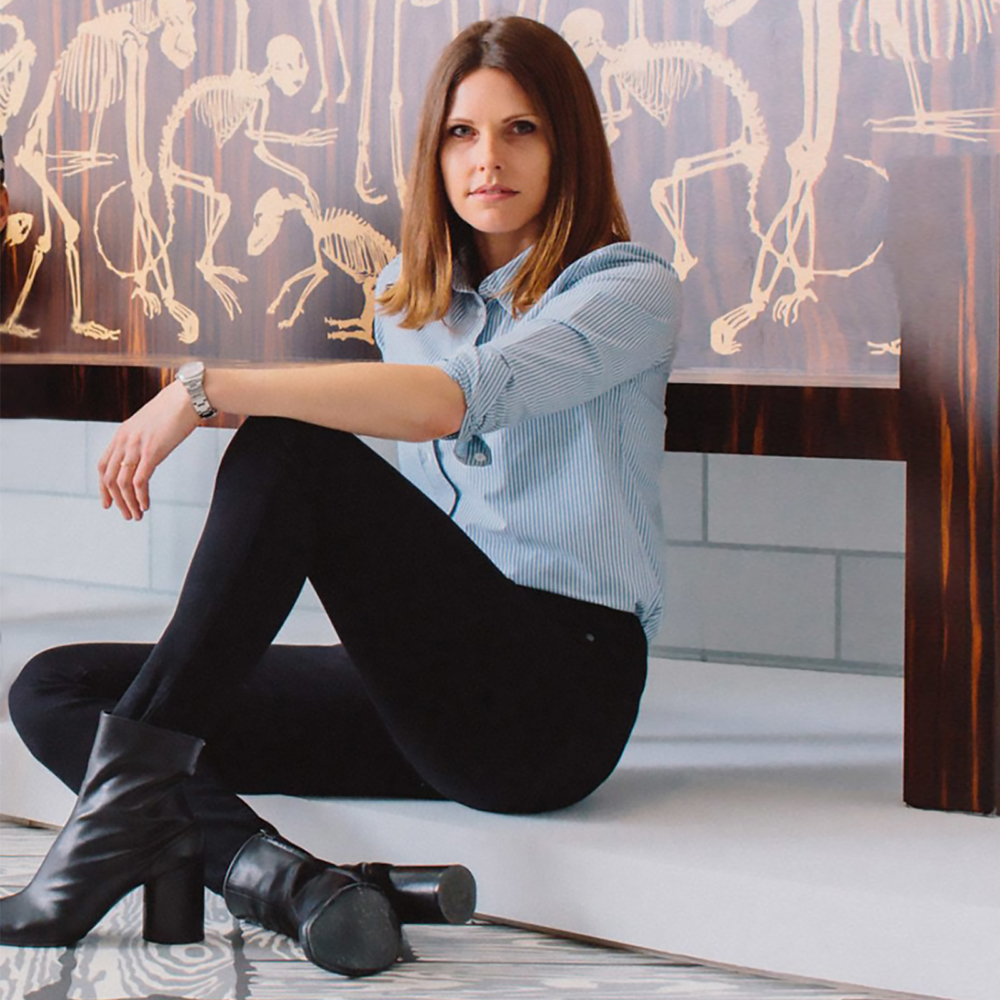 Nynke Tynagel is a Dutch artist based in Amsterdam.
After graduating Nynke became joint owner of the art and design collective Studio Job, ranked as one of the world’s most influential players within their field. Studio Job crafted a body of work that drew upon classical, popular, contemporary design and visual art creating a bridge between object and product by merging monumental design and graphic artwork, redefining the space between.
After more than 20 years creating Studio Job’s graphic work she is now an autonomous artist.
Nynke’s bold expressive and iconographic imagery, both heraldic and pop cartoonish, projects a strong narrative quality. Her visual fields are tightly conceived, carefully placed and contextualised into intense but harmonious compositions, presented in a range of crafts including stained-glass, ceramics, hand-painting, textile, marquetry, alongside laser and printing techniques.
The highly ornamented artwork often contains a dark and satirical content, a brave confrontation with the current attitudes and condition of the modern world.
Nynke Tynagel has collaborated with many brands including, Qeeboo, Object Embassy, Buro Berger, Studio Piet Boon, byDesign, Fatboy, Yo2, byBorre, The Reefline, and most recently created a collection of textiles for Revised.
Her work has been exhibited and collected by numerous museums, including MOMA, Museum Voorlinden, Louisiana Museum of Modern Art, Centraal Museum and Stedelijk Museum Amsterdam.
With her mother a textile designer and her father an art director at a weaving mill, textile design is part of her DNA. She is channelling these passions into creating her first objet d’art in collaboration with BYBORRE and inCC: